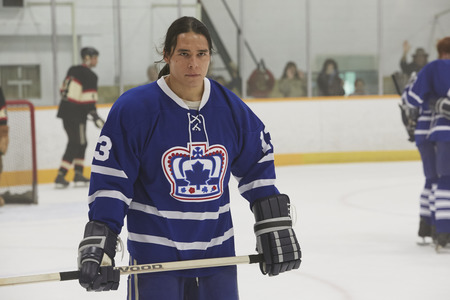 A relative newcomer to the world of acting, Ajuawak Kapashesit has been performing in film, television and theatre since the fall of 2015. Since then, he has written, directed, and starred in a number of productions both on-screen and onstage.

In early 2017, Ajuawak starred in the award-winning short, Shinaab, directed by Lyle Mitchell Corbine, which premiered at the Sundance Film Festival. This fall, he can be seen in two Independent films: Indian Road Trip and Ahockalypse. He also appears as the lead in the adaptation of Indian Horse based on the book by late author Richard Wagamese.

Outside of acting, Ajuawak is a trained linguist who focuses on language revitalization and documentation. He currently resides in Minneapolis, Minnesota.