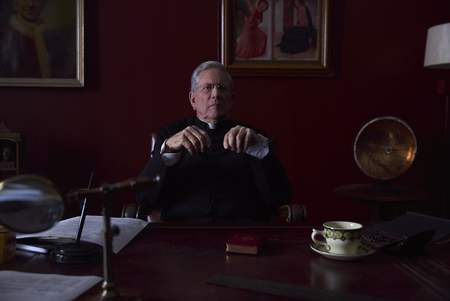 For over fifty years, Michael Murphy has performed on stage and television and in many notable films. Along the way, he has played major roles for some of the most respected directors of his generation. They include: Robert Altman, Woody Allen, Robert Aldrich, Paul Mazursky, Peter Weir, Tim Burton, Oliver Stone, Elia Kazan, Peter Bogdanovich, Martin Ritt, Orson Welles, John Badham, Paul Thomas Anderson, John Sayles, Roland Emmerich and Canada’s Sarah Polley.

Murphy has worked in over one hundred television productions including the classic Autobiography of Miss Jane Pittman (nine Emmy Awards), and the Robert Altman-Garry Trudeau Emmy winning series Tanner ‘88, in which he played the title role. (An updated Tanner was brought back in 2004 for the Sundance Channel.)

A partial list of Murphy’s more interesting feature credits include: Magnolia (SAG Nomination: Best Ensemble), Batman Returns, Salvador, The Year of Living Dangerously, Manhattan, The Front, An Unmarried Woman, Nashville, What’s Up, Doc?, Brewster McCloud, McCabe and Mrs. Miller, M.A.S.H., Silver City, X Men: The Last Stand, Away From Her, The Trotsky, White House Down, and most recently Fall, for which he received a Canadian Screen Award nomination for Best Performance by an Actor in a Lead Role.

Murphy was twice awarded the Gemini (and was nominated for a third) for his role as the somewhat nutty, Judge Maxwell Fraser in George F. Walker’s This is Wonderland. He also co-starred with Michael Madsen in the Las Vegas series Tilt, co-starred in the CTV cop show The Bridge and in the third season of Direct TV’s Rogue. Some of the television movies in which Murphy has performed are: Live from Baghdad, The Day Reagan

Was Shot, Footsteps, with Candice Bergen, Altman’s The Caine Mutiny, The Path to 9/11, Chris Haddock’s The Quality of Life, Mayday and Mulroney: The Opera.

In and about New York theatrical credits include: Near the End of the Century, by Tom Dulak; Curse of the Starving Class, by Sam Shepard; Good-bye, Freddie, by Elizabeth Diggs; Playing in Local Bands, by Nancy Garrett; The Hotel Play, by Wallace Shawn; Rat’s Nest, (director) By Neil and Joel Cohen; Our Town, by Thornton Wilder, (starring and directed by Henry Fonda), and Three Hotels (San Francisco), by Jon Robin Bates.

Murphy has also narrated many award winning programs for PBS and the CBC. They include: The Irish in America, China Rising, Las Vegas, Mount Rushmore, Jesse James, The Trans Continental Railroad, The Tallgrass Prairie, The Gold Rush , Julia Child, and Depression: Out of the Shadows (Penn Award). For over 15 years, his narrations have been heard regularly on PBS’s American Experience, where he has told the stories of everyone from Billy the Kid to Space Men.