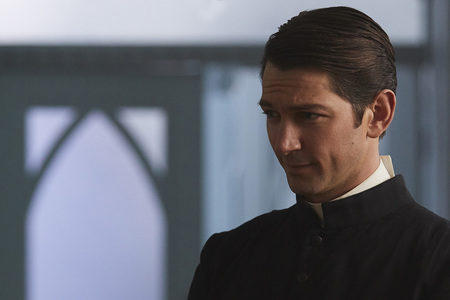 As a dynamic actor dedicated to his craft, Michiel Huisman consistently captivates audiences in fan-favorite roles across film and television. Elevating his remarkable body of work in every character he takes on, Huisman’s powerful on-screen presence comes to life in thought-provoking narratives that powerfully reflect his artistic integrity and ability to transition between genres.

Prior to that, Huisman was seen on Discovery Channel’s mini-series, Harley and the Davidsons, which followed the story of how neighborhood friends from Milwaukee started a company that would go on to become an American legend. Huisman portrayed Walter Davidson and co-stars opposite Robert Aramayo and Bug Hall, who respectively portrayed William Harvey and Arthur Davidson. The mini-series was the biggest premiere in more than three-and-a-half years for a single network miniseries on cable and was Discovery’s highest-rated rookie series ever among its target demographic. VARIETY called the series “a love letter to American motorcycling,” while CINEMABLEND said “It's an inspirational and adventurous journey to find the American Dream, with a hopeful tone absent from many cable shows these days.”

Huisman recently wrapped production on Stephanie Laing’s romantic drama, Irreplaceable You, opposite Gugu Mbatha-Raw, Steve Coogan, and Christopher Walken. The film follows Abbie (Mbatha-Raw) and Sam (Huisman), soul mates who were destined to be together until death got in the way. Prior to that, he filmed Meredith Danluck's State Like Sleep, alongside Michael Shannon, Katherine Waterson and Luke Evans, and Stephen S. Campanelli’s Indian Horse, based on Richard Wagamese’s award-winning novel by the same name.

Upcoming, Huisman will be seen on Mike Newell’s The Guernsey Literary and Potato Peer Pie Society opposite Lily James. The film is based on the best-selling book of the same name by Annie Barros and Mary Ann Shaffer. The story is set in the aftermath of World War II and follows journalist Juliet Ashton (James), who decides to write about the Guernsey Literary and Potato Peel Pie Society, a book club formed on Guernsey Island in the English Channel off the coast of Normandy during wartime. It begins when she receives a letter from a resident named Dawsey (Huisman), a farmer on the island. She starts writing letters to the book club, and eventually travels to the island to meet the members and write a book about the group.

Huisman gained notoriety for his role on HBO’s popular fantasy drama series Game of Thrones as “Daario Naharis.” Since the fourth season, Huisman’s character has been the leader of a band of mercenaries and a love interest of “Daenerys” (Emilia Clarke).

Last year, Huisman was seen in Karyn Kusama’s critically acclaimed thriller, The Invitation, opposite Logan Marshall Green and Paul Currie’s romantic thriller, 2:22, co-starring opposite Teresa Palmer. In 2015, he was seen in Lee Toland Krieger’s turn of the century romantic drama, The Age of Adaline, starring opposite Blake Lively, Harrison Ford and Ellen Burstyn. The film tells the story of 29-year old “Adaline" (Lively), who stops aging after recovering from a near-fatal accident, and over the course of the 20th century she embarks on an epic, but isolated worldwide journey, keeping her secret, until she meets “Ellis,” (Huisman) who forever alters her life. Previous film credits include Jean-Marc Valiee’s Wild, a biopic drama in which he co-stars opposite Reese Witherspoon; Marc Forsters’s adaptation of Max Brooks' best-selling novel World War Z, opposite Brad Pitt; Jean-Marc Valiee’s The Young Victoria with Emily Blunt; Janusz Kaminski's American Dream; Otto Bathurst’s Margot for BBC Films in which he played "Rudolph Nureyev” opposite Ann-Marie Duff; and Alexis Dos Santos’ Unmade Beds. In the Netherlands, his film credits include Paul Verhoeven’s Black Book.