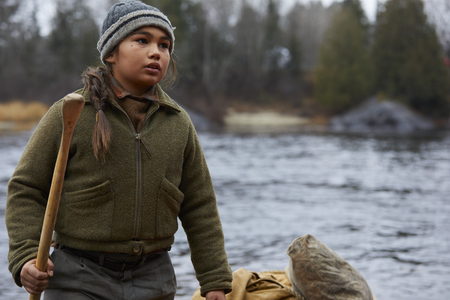 Sladen Peltier is based in Ottawa, Ontario, and is a proud Ojibway from Wikwemikong Unceded Indian Reserve located on Manitoulin Island in Northern Ontario. Sladen's initial interest in Indian Horse (2017), which is his feature film debut, was due to the hockey storyline. Sladen has been playing hockey in Ottawa since he was four years of age, and every March represents his First Nation in the Little Native Hockey League Tournament, which brings together First Nation hockey players from across Ontario. With the completion of Indian Horse, Sladen is now looking forward to a future that includes other acting opportunities.