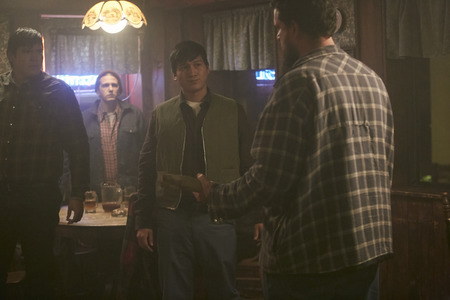 Born on January 23 1997 to his parents Rick Marty & Charity Marty.  A Plains Cree and Nakota Stoney Canadian decent. Tristen is the second eldest child with 3 other siblings, one sister, two other brothers that are actors, and are known as The Marty Brothers.

In 2013 Tristen worked as an extra on Blackstone season 3 that ignited his new found passion in the arts as an actor. Tristen and his brothers then signed on to Darryl Mork Talent Agency.  Then after studying his new acting craft and several auditions, in 2016, Tristen landed his break through role on Indian Horse as "Buddy Black Wolf".   Tristen loved every minute working with the talented cast and crew on Indian Horse.

In 2017 Tristen worked as a Guest Star as "Justin" in CBC's Heartland "Decision Time" episode which airs this Fall 2017.  In the summer of 2017 Tristen traveled to Budapest, Hungary where he worked on Sky 1/NBC's Jamestown.

In his spare time Tristen loves to play his Native American flute, shoot some basketball, road trips with his friends, and of course hockey a sport that he started in his jr years in the city of Edmonton Alberta.