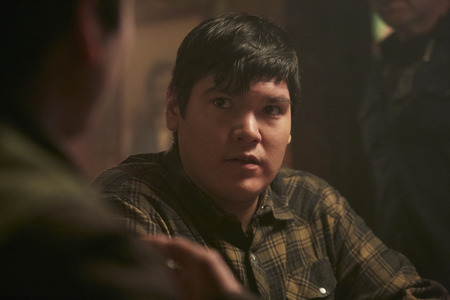 Vance Banzo is an award-winning actor and comedian based in Toronto. His sketch troupe, Tallboyz II Men, was a featured part of the OFF-Just For Laughs Festival. An alumnus of the Humber School of Comedy, he can be seen recently on The Beaverton. Banzo is a band member of Fishing Lake First Nation, Saskatchewan. Indian Horse (2017) is his feature film debut.