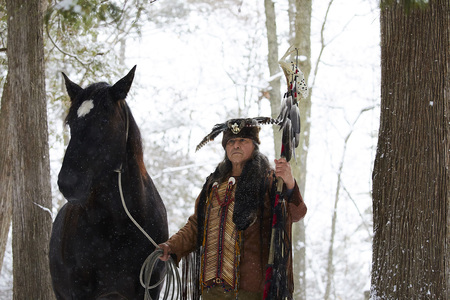 Wayne Baker, member of the Squamish Nation, Raven Clan, grew up on the North Shore in West Vancouver BC.  He now resides in Squamish BC. Besides being an actor on both the big screen and small screen, Wayne also hosted his own show “Closer to Home” which ran on APTN for 3 Seasons. Wayne is a lifetime Lacrosse player with many championships under his belt, including 4 Presidents cup Rings.  Married to Marlana Thompson Baker, Mohawk Nation and father to 7 children.