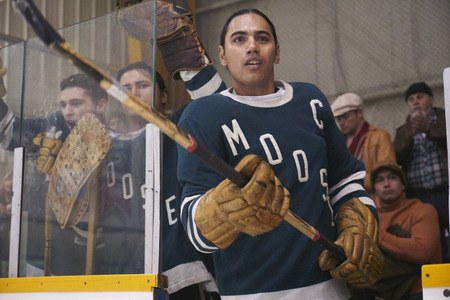 Raised in Kansas, USA and Regina, Saskatchewan; Will found a duality and plenty of influences for his love of storytelling. Particularly - music.

Prior to entering the acting realm, Will was a member of the first nation - hip hop group: Reddnation.

For over a decade the group toured North America where Will first developed an interest in acting. After some thought, he auditioned for what would be his first role: Crazyhorse for Robert Redford's The American West (AMC) in 2015.

Will soon followed the success of the show by appearing in: Jamestown (Sky 1), Frontiersmen (History) and The Alienist (TNT) along with his role of Virgil Kelly in Indian Horse.

Studying Ojibwe language emphasis in college proved to be beneficial when Will was able to help develop translations for the Ojibwe language in the film. (Indian Horse).

Today, Will lives in New York where he works for a non-profit foundation: CANA Foundation. Their main objectives are to rewild horses and help sustain traditions, teachings and ecological gains for both habitat and humanity. He is an enrolled member of the Keeseekoose First Nation of Saskatchewan.